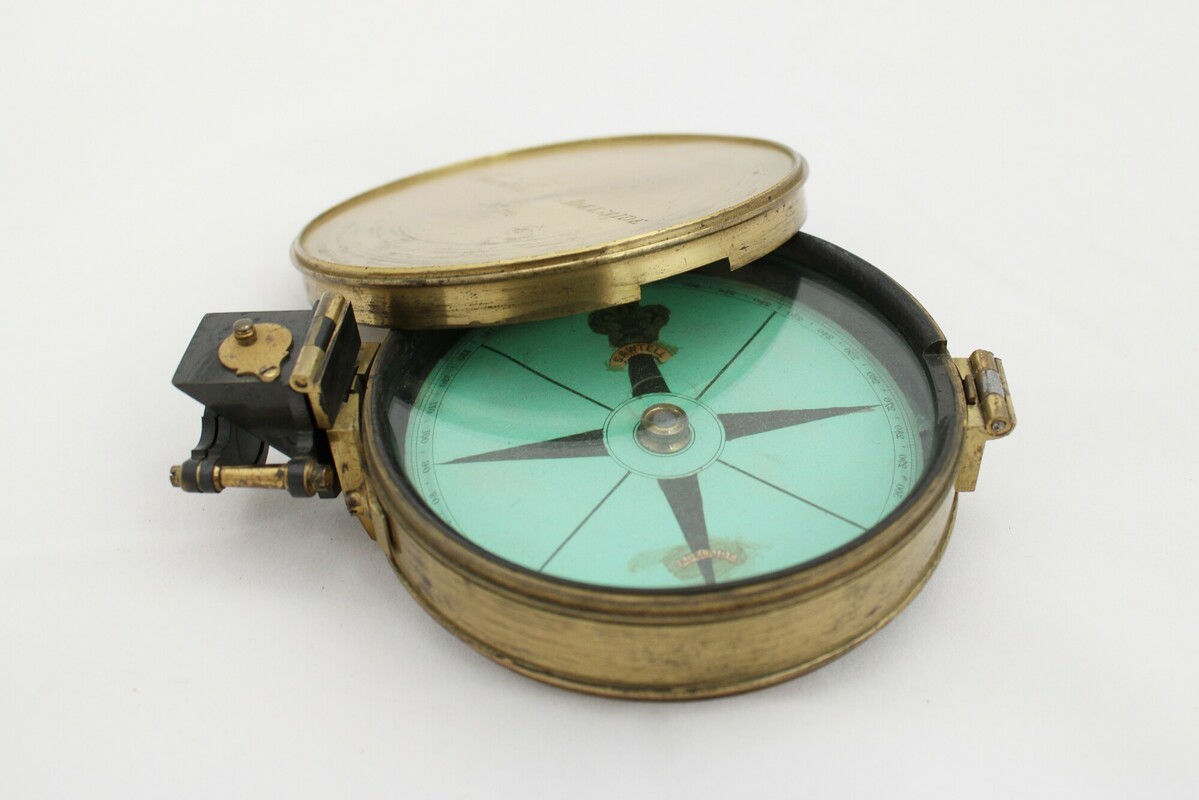 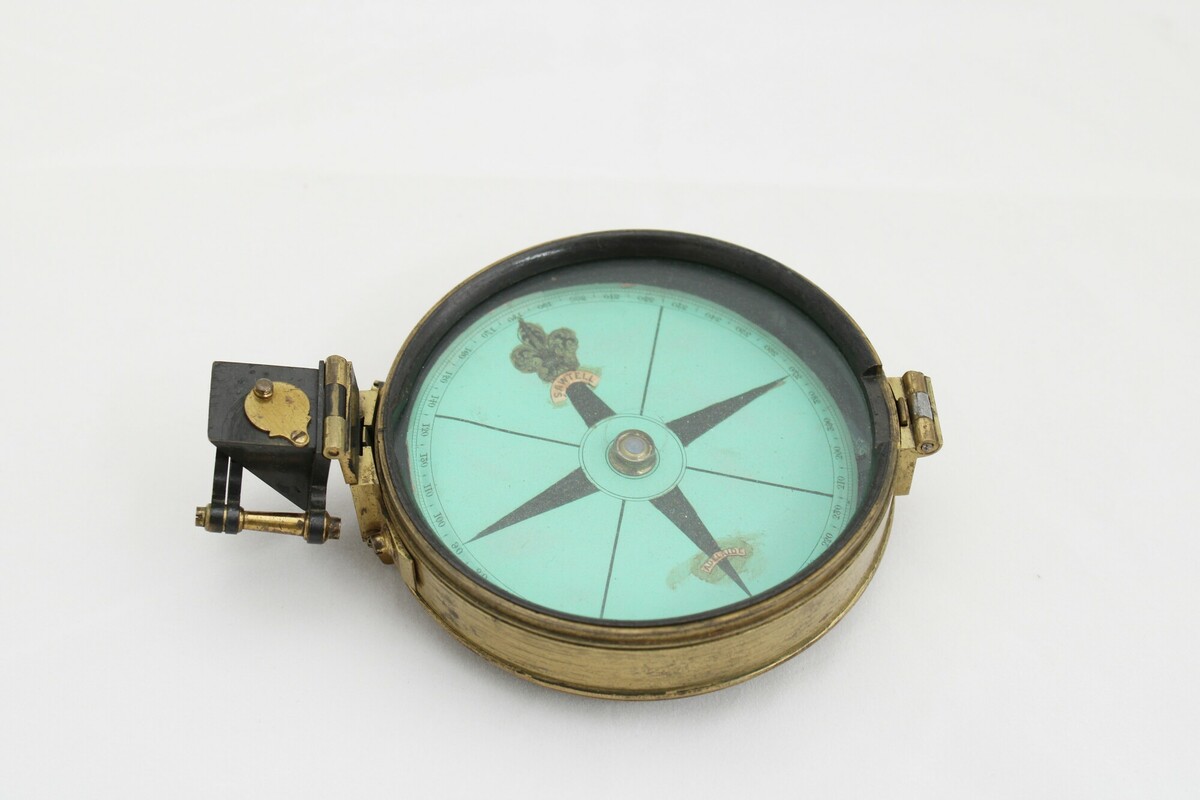 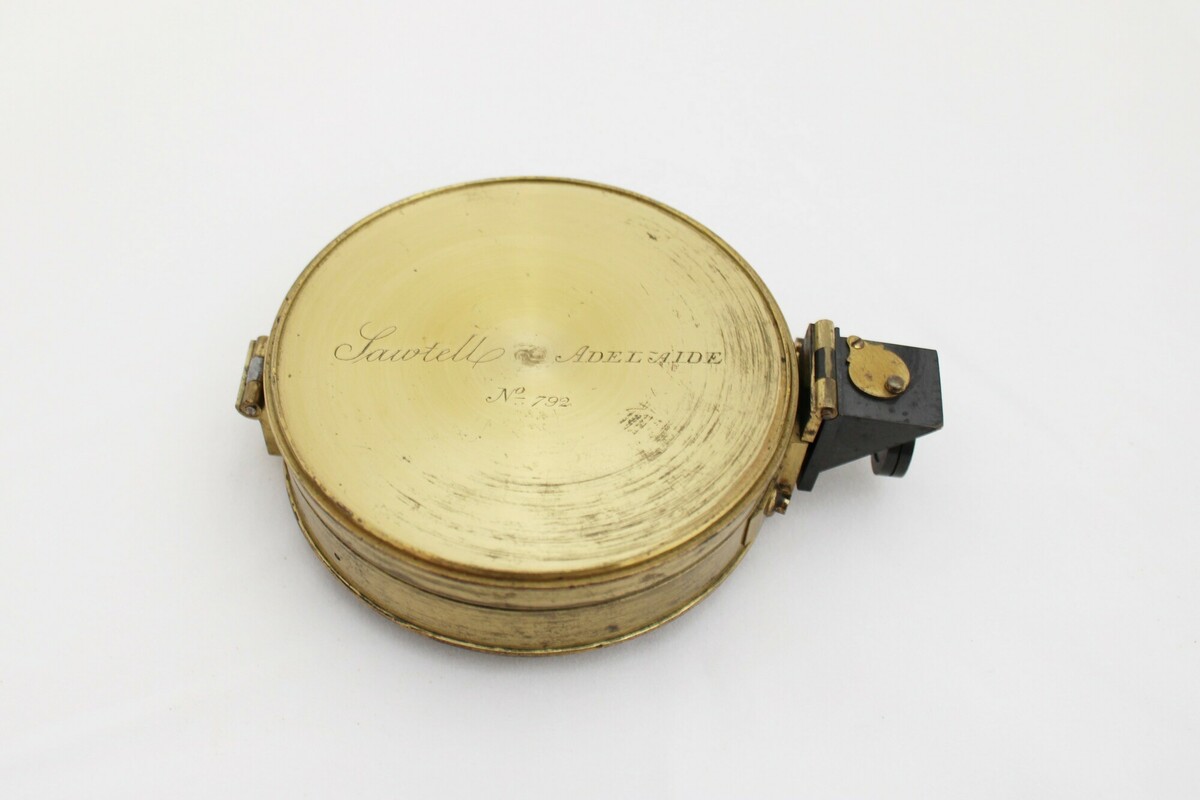 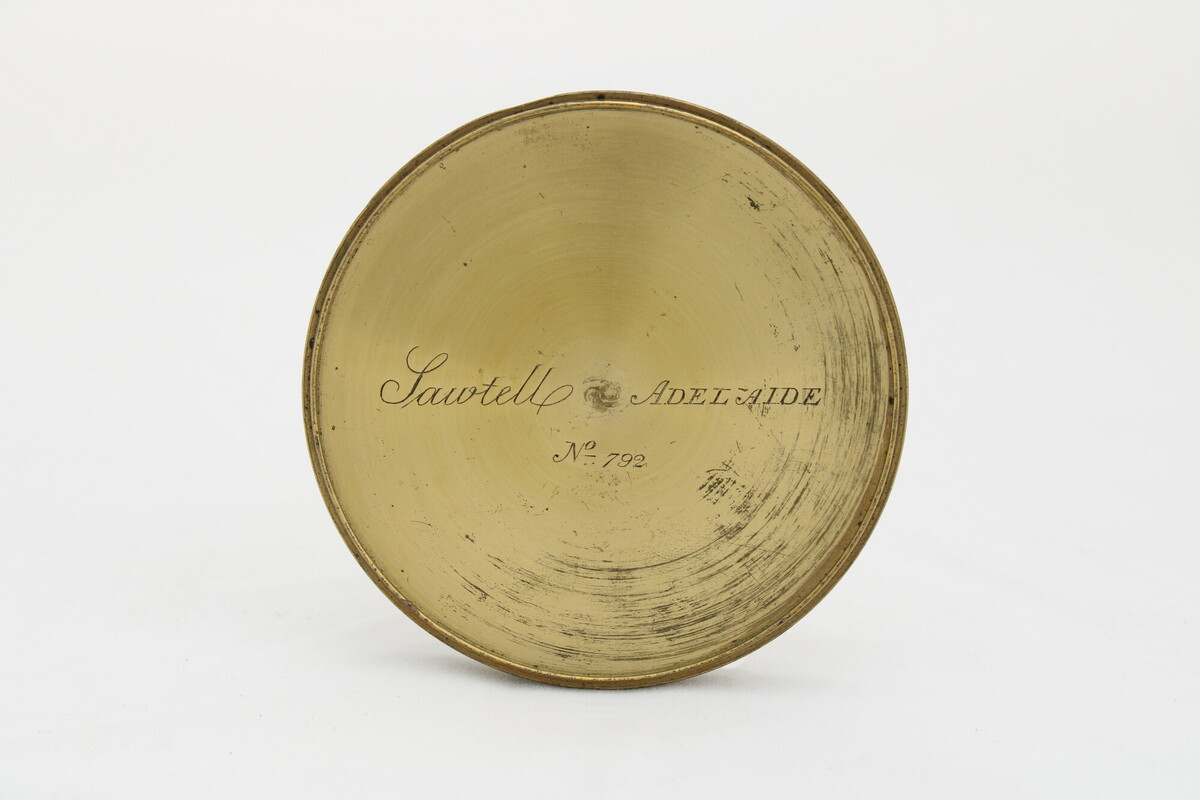 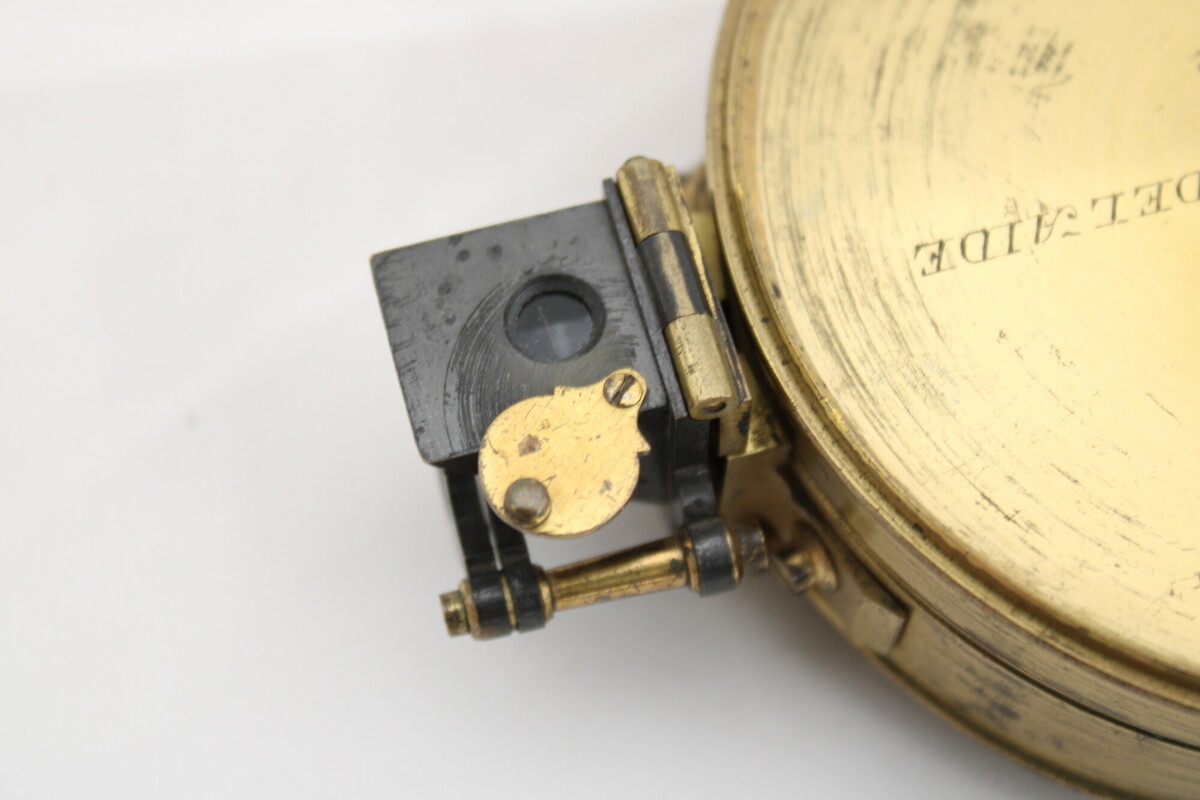 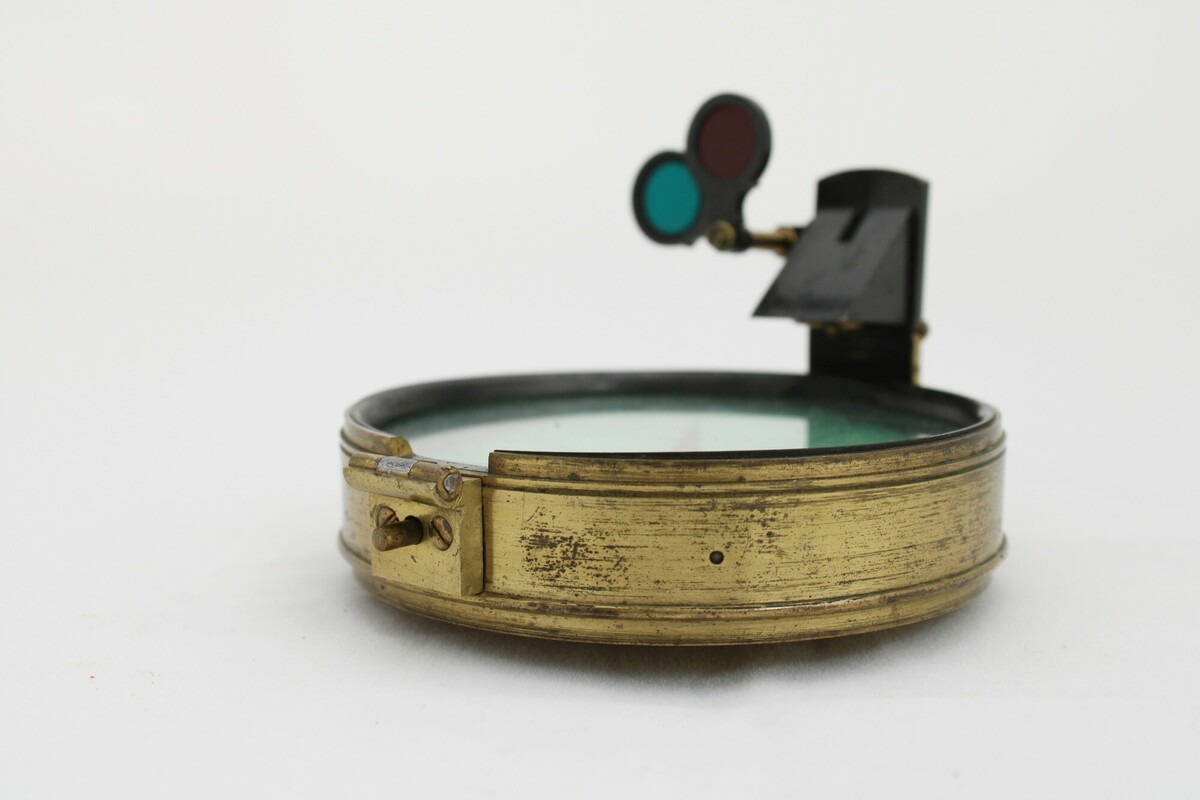 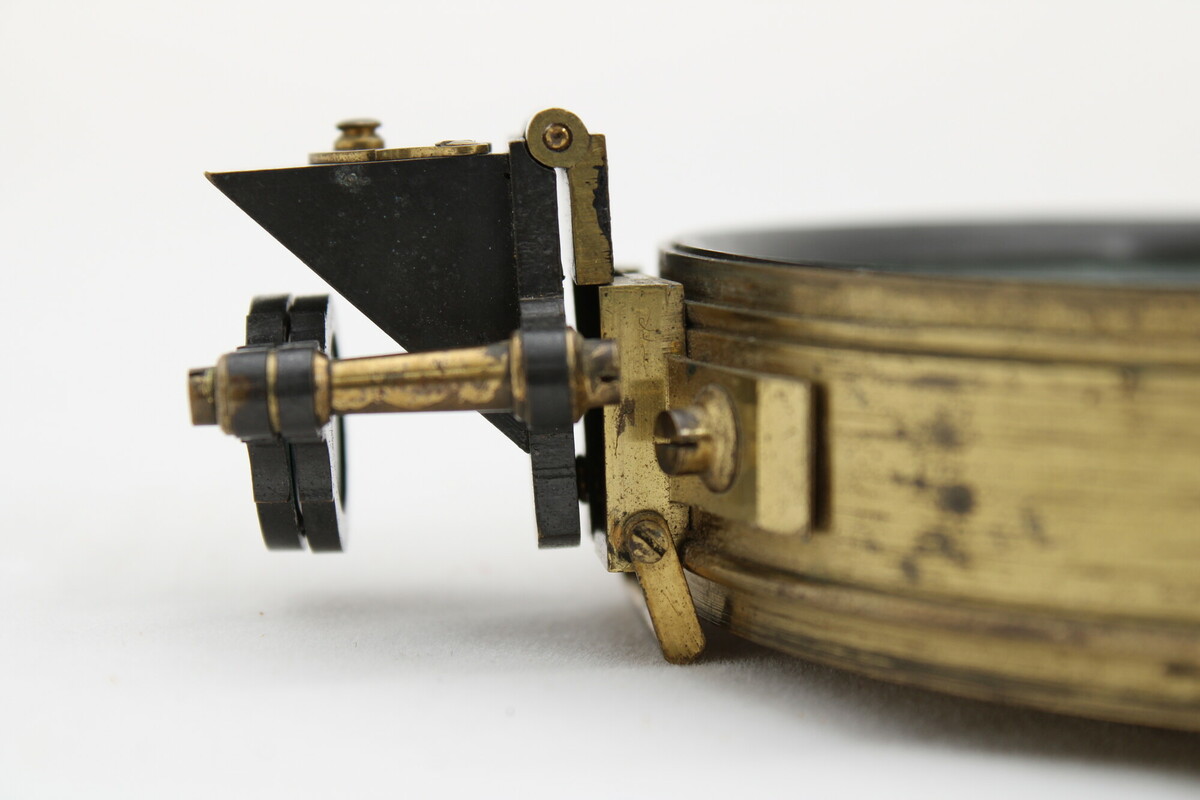 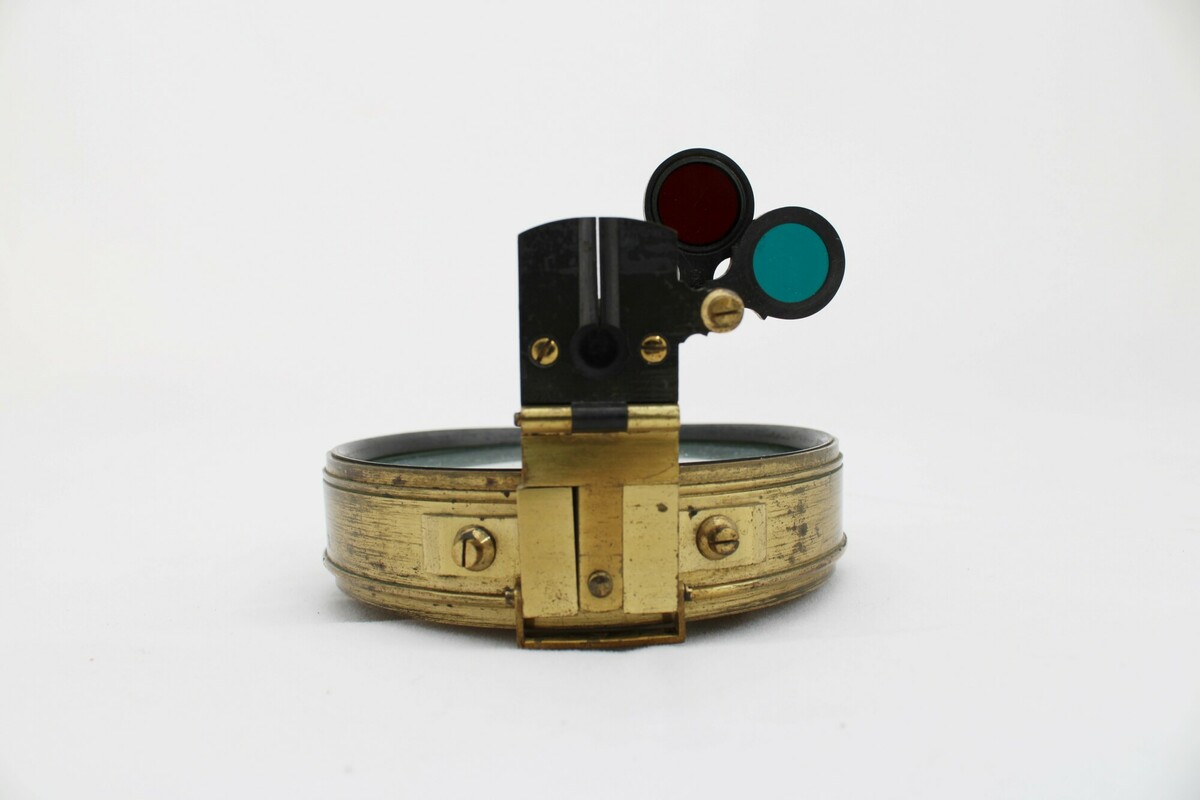 After years of precursory surveying, debate and proposals the most ambitious civil engineering project of the day, the Overland Telegraph Line, began construction in September 1870. Superintendent of Telegraphs, Charles Todd (later Sir Charles Todd) led the construction through “terra incognita,” guided by the precursory surveys of John McDowall Stuart and technologies such as his prismatic surveying compass. The unknown and hostile landscape claimed the lives of men and transport animals in the dogged pursuit of telegraphic connection to the rest of the world.

Completed in August 1872, the Line connected Australia to the world via telegraph wires running 3,200 kilometres from Port Augusta in South Australia, to Darwin, then connecting via submarine cable to Java and beyond. The “earth [had been] girdled with a magic chain” according to the then Governor of New South Wales, Sir Hercules Robinson.

How does it work?

For use in surveying, the sight vane and prism are turned up on their hinge and the instrument is held horizontally either in the palm of one’s hand or on a tripod. Two small discs of red and green glass attached to the prism can be flipped down over the sight line to reduce glare. The objective is to bring the subject into the sightline created by the prism, aligning with the thread of the sight-vane until the subject is bisected evenly. Once aligned, the division on the card may be read through the prism. This reading provides the magnetic azimuth, used for calculating the bearings of distant landmarks.